Because we are using the Qlipr system of Pellikaan, our crop labour is efficient

Growing cucumbers with a high wire system versus the traditional umbrella system. We have discussed it many times on HortiDaily. Doef's Greenhouses in Alberta is one of the growers that is achieving great results with the system. But speaking to grower Eric Doef, we learn that the success of the system depends on more factors than just the high wire system itself. One of the factors is supplemental lighting. Thanks to the lights, they are able to grow high quality cucumbers during the winter season when prices are good. But there is more to bear in mind……

Doef's Greenhouses is located in Lacombe, Alberta. Founded in 1969 by Dutch immigrant Joe Doef, the company was the first grower of long English cucumber crops in Alberta greenhouses. In the following decades the successful business of Joe Doef saw several expansions, improvements and became a role model for the Canadian greenhouse industry. After moving, improving and expanding the greenhouses, the decision was made in 1997 to build a larger, more efficient greenhouse. Other additions being made in 2000 and 2001, for a total of 6 acres under double poly. In 2010 the family decided to add another 5 acres of state of the art Venlo greenhouse with diffuse glass. Nowadays, Doef's greenhouses is 11 acres and employs almost 50 people.

Of these 11 acres, 9 acres are outfitted with 5 megawatt of supplemental HPS lighting. "Due to the lights, we have a different crop schedule than most greenhouse growers, we grow right through the winter", said Eric Doef. "That gives us the possibility to deliver a high quality product at the time that the demand is high. Right now, in the winter, we see an increase in our local sales. That is because there is not many other local product available, the most is imported from other countries."

Doef's has a variety of outlets; it sells it’s harvest via local markets as well as shipping it wholesale into grocery chains. "We see good value in going to farmers markets, because people want to buy local, there is a lot awareness about food. This provides us with an above average income as well.” The Doef Family are all actively involved with direct marketing at the Farmers Markets. The partnership in the business includes 4 family members. Each family member has different roles in the day-to-day operations and they meet regularly to tackle many issues that may arise. They rely on a strong support team to help them make critical decisions.

Doef's grows year round. Due to the lights, the winter season is the most important season for them. "We want to be in full production as much as we can in the lighting season, because we can make good revenues at that time. In the summer season, when we do not need our lights, the prices are usually lower because there is a lot of production on the market. We then often have the opportunity to clean out the greenhouse, change crops and prepare for the new winter season."

Besides Long English and mini cucumbers, Doef's is also growing other crops like peppers, tomatoes, lettuce and eggplants. This is mainly to give their tables at the farmers markets some variety, so customers can buy all of their greenhouse produce at the same trusted outlet. The peppers and tomatoes are grown under supplemental lighting in the winter as well. "We maybe do not realize optimized production with the peppers, but we still get very good prices with these crops." 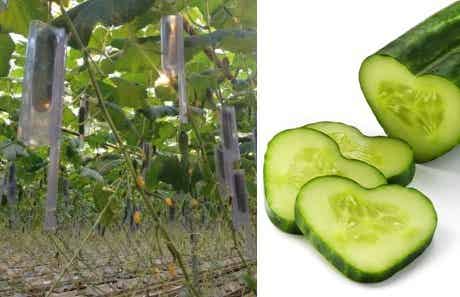 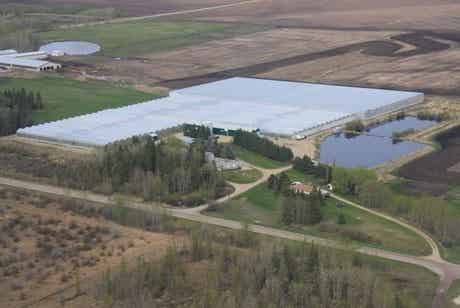 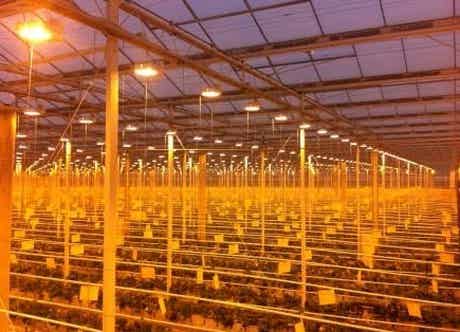 Of these 11 acres, 9 acres are outfitted with 5 megawatt of supplemental HPS lighting 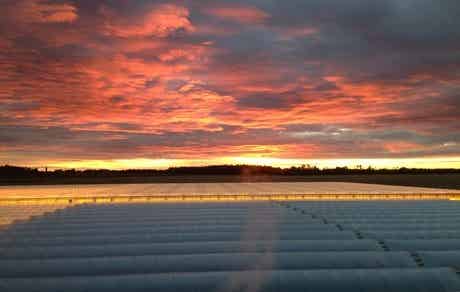 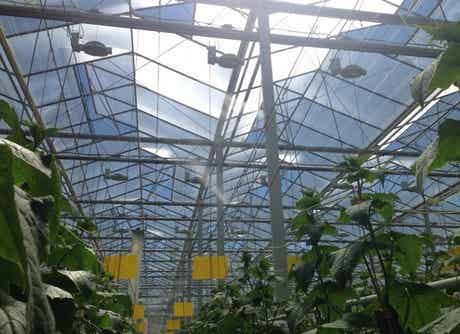 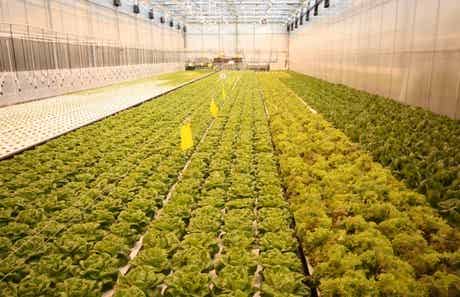 Optimizing Energy use with LEDs

The main crop for Doef's have always been cucumbers. Their prime varieties are Rijk Zwaan's BonBon (a long English cucumber that is resistant to CGMMV/Ccu) and Sunniwell. For Doef's, quality is of key importance. "We are always looking for the best varieties that produce the best fruits. Quality is also the driving factor behind our decision to grow everything with the high wire system. The quality of high wire is phenomenal, despite the fact that is requires more labour. Because we are using the Qlipr system of Pellikaan, our crop labour is efficient. Our workers are very familiar with the system and we achieve great results with it. Thanks to the strong combination of high wire, diffuse glass and the supplemental lights, we are able to achieve a higher production. We can generally double our production annually"

The diffuse glass that Eric Doef mentioned, is installed on their 5 acre glass Venlo structure that they built in 2010. "We can't compare the results exactly because we expanded from a plastic greenhouse to a diffuse glass greenhouse, but we do see a significant increased production under the diffused glass, compared to our plastic structures. Thanks to the diffused glass, our crops are also experiencing less stress in the summer months. The diffuse glass take the edge off the harsh, bright sunlight and we have better quality cucumbers."

The other side of growing with supplemental lighting in Alberta; a substantial part of Doef's cost price consists of energy. With temperatures in Alberta winters are going below -20 degrees Celsius, the heating boiler requires a substantial amount of natural gas. "We are on contract this year for our hydro and natural gas. In order to buy and use our energy in the most efficient way, we are working with independent consultants of 360 Energy Inc. They help us to optimize our energy management on site, as well as offering procurement strategies for potential energy savings."

Optimizing Energy use with LEDs

With so many lights, Doef's is also thinking about optimizing electricity use. They grow lettuce year round on 500 m2 of Dry Hydroponics. In order to decrease the production cost of the lettuce, they are now in process to replace the HPS lights in this section with LumiGrow LEDtop lighting. The LumiGrow Pro 325 HV light delivers 2X the red and blue PAR of a 1000 Watt HID light while it consumes 40% less energy. "We have received a provincial grant to assist in replacing the HPS with LEDs", said Eric.

With Valentine's Day being only less than one month away, Doef's Greenhouses has increased the product of one of their special crops: the heart shaped mini cucumbers, “Mini Hearts”. They are grown with a special moulding system of Cor Pellikaan. "We are going to do it again this year and we are gearing up for Valentine 15! We have a really good partnership with a local grocery chain that is ordering even more this year, so we expect to produce a large number again!"

«  Previous Qlipr system has proven itself in tomato cultivation Qlipr, the sustainable, efficient clamping system Next  »

There are no comments yet.